Born out of legendary band Nirvana, Dave Grohl created his rock band the Foo Fighters featuring, Nate Mendel, Pat Smear, Taylor Hawkins, Chris Shiflett and Rami Jaffee, and their first single was released in 1995. In June 2018, Foo Fighters will tour the UK for the first time in 10 years, to promote their new album ‘Concrete and Gold.’ Over the years the Foo Fighters have changed shape, whether it’s members of the band or recording style, they have consistently released fantastic hits that define rock music today.

David Grohl had initially planned to take a year off music after the Foo Fighters’ 2015 tour ended, notably including the performance where Dave Grohl broke his leg whilst on stage in Sweden. However, whilst in an Airbnb in Ojai, California, Grohl felt inspired to write the Foo Fighters 9th studio album “Concrete and Gold.”

When Grohl was asked the new Foo Fighters Concrete and Gold album is about he said “I was inspired by what was going on with our country – politically, personally, as a father, an American and a musician. There was a lot to write about.”

Concrete & Gold will be released on 15th September 2017. The Foo Fighters have released the first single from Concrete & Gold entitled ‘Run’ which has been highly praised. Today, Foo Fighters released a new single for their upcoming Concrete and Gold album called ‘The Sky is a Neighbourhood’ with a music video created by Dave Grohl.

Imagine the chance to see the Foo Fighters perform their new material live in 2018! The Foo Fighters Concrete & Gold tour in 2018 is set to be their biggest one yet and we want to make sure you don’t miss out! Secure your Foo Fighters hospitality and VIP tickets by booking with Villiers today!

Foo Fighters played at Wembley Stadium back in 2008 to an incredible 86,000 eager fans. And the Foo Fighters UK tour 2018 is set to be of a similar sized concert, with London Stadium’s capacity of 66,000 and Manchester Stadium capacity slightly smaller at 55,000 fans. The energy will be unbelievable come Foo Fighters concert day, with a generation spanning audience interacting with this world-famous rock band for an event you don’t want to miss. Book your Foo Fighters 2018 hospitality today!

Given Dave Grohl’s work with both Queen of the Stone Age and Led Zeppelin’s John Paul Jones in the band “Them Crooked Vultures”, will either of these groups join the Foo Fighters on stage in 2018? That would surely be an unforgettable performance.

Foo Fighters headlined at Glastonbury in June where they performed what was an unmissable two-hour set taking fans on a journey of their biggest hits and best moments. On stage, David Grohl apologised for being “two years late” blaming traffic so make sure you don’t miss them when they are back.

Book your Foo Fighters tour hospitality in 2018 today, do let us know any location preference or hospitality requirements. 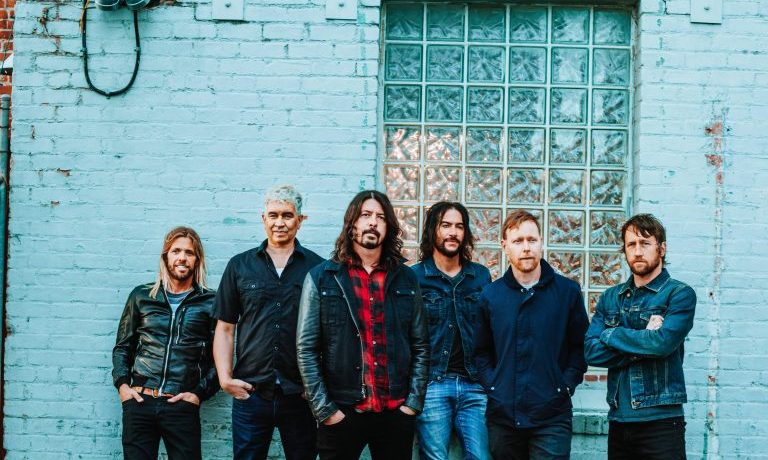